What else do you need to know about the man behind the partner? 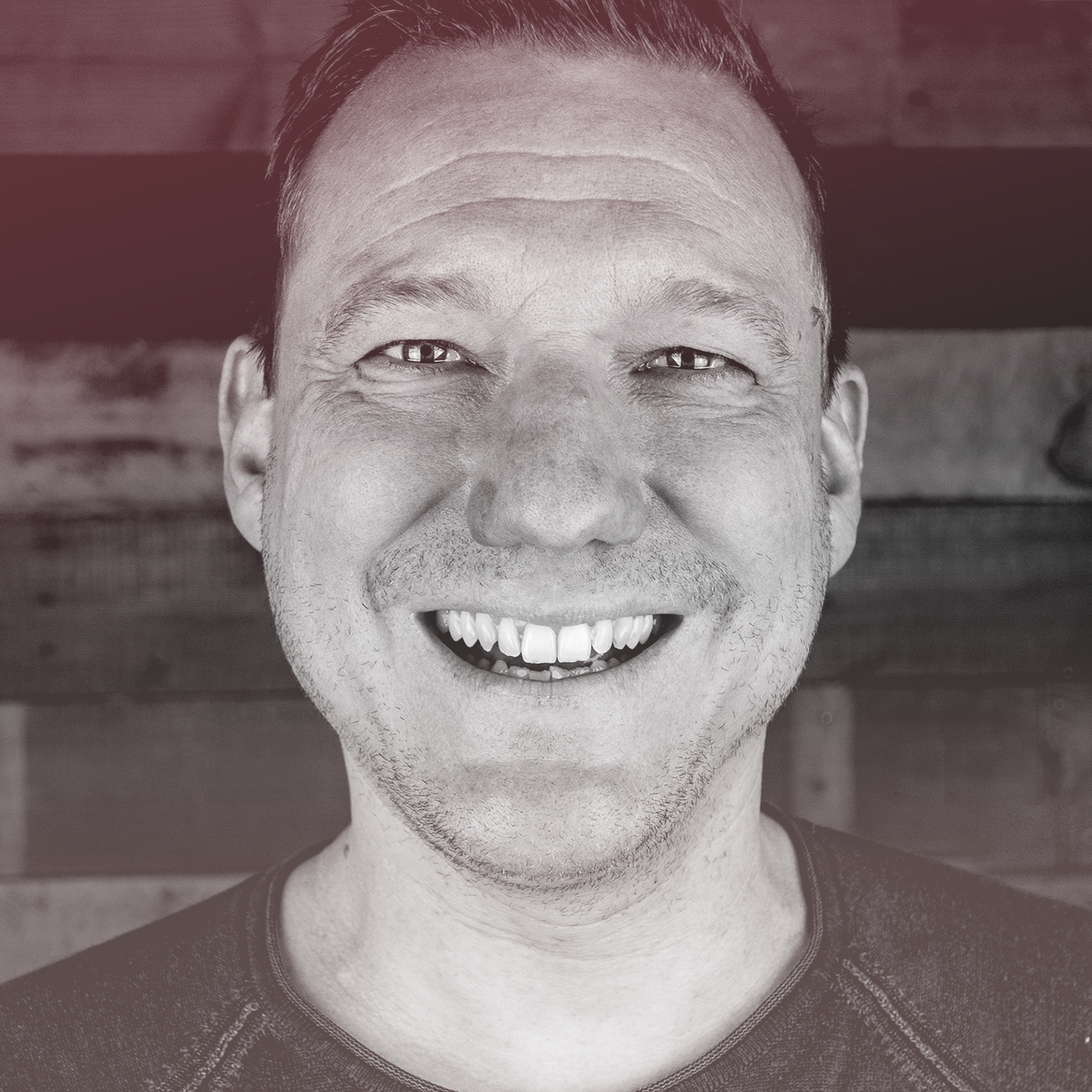 Posted on
July 28, 2017
I was born in February 1974 as youngest of 2 children. Until I was 6, I lived in Schaarbeek where my father worked in the family business, but I spent most of my youth in Tervuren. My parents built a house there, in a quiet street with a lot of young and mostly international families. Every available moment we gathered with the kids of the neighbourhood. Moreover, my grandparents lived nearby. They had greenhouses and a huge vegetable garden. We were allowed almost anything there! It was a fantastic and carefree period.

Tears of a clown

When I was 10 suddenly storm clouds gathered above our little paradise. My mother suffered from Kahler’s disease, a form of leukaemia one could say. I accidentally overheard a conversation between my aunt and my grandmother. “If I reach the age of 50, that will be a lot,” my mother had told them. I heard it and had no idea how old she was.I remember that moment very well because it was a real turnaround in my life. Recently I studied my face in my hairdresser’s mirror and I noticed the lines in my face: I combine deep wrinkles in my forehead with smile lines around my eyes. The joker and playful guy I used to be, are still there! But in that period a worrier awoke in me, and hasn’t left ever since.‍

In the following years I had a lot to worry about. My mother went through radiotherapy and chemo treatments in an increasingly scary rhythm. She even had 2 stem cell transplants during which she had to stay several weeks in a sterile room. The doctors predicted she’d get to live for another couple of years only, but she lived 12 more years. And even then, in January 1996 when she lost her battle, she was only 55. Empty and completely powerless. Still, she’d made her biggest wish come true all by herself: to see her children growing up. I was and I still am very proud of her.Life started over again and that’s how I discovered how it had come to a standstill. How small I had made myself in a period when you have to open up. When you stand up hitting your chest: World, here I am!

Because of my big love for language in general and especially poetry, I started to study German philology. In 1996 I finished my first Master year with distinction, but while writing my thesis I got stuck. I couldn’t stop worrying, was tired and had no energy left. I decided to stop my studies and look for a job. Fortunately, I found one soon. It felt good to be on my own, to earn my own money. And that’s how I got started.During the first years of my career I worked mainly as a copywriter for various communication agencies. Being creative with language: that was my thing! Yet, I missed the general picture since I was only a small cog in the wheel. That’s why, in 2004, I decided to join Colruyt, where I would work as a copywriter and project leader in the marketing department.

Values, not only the financial ones

I chose Colruyt because it is a pioneering company with a smart way of doing business: I’ve always been convinced that it is possible to create added value for humans and the planet through economic activities. Moreover, I love the no-nonsense mentality of the company. It’s no wonder that I stayed there for 12 years!When I arrived in the corporate marketing department in 2008 to help shape the Colruyt Group brand, I got in close contact with concepts such as company culture and values. I found it so interesting that finally I switched to Human Resources to keep focusing on those aspects.

I have always felt confident with organisations, teams and people looking for purpose, for who they are and what they consider important. I encountered the big questions of life when I was very young and today I believe I can be of help to other people through my own search. Especially in combination with the joker inside of me, the small boy. He makes it bearable when things get hard to handle.

In 2014, I got the opportunity to participate with Colruyt Group in a Romanian StreetwiZe Expedition. We got to know the local street kids and worked with the mobile school. Still, the most important lessons were for us. For me particularly it was the moment I realised that time had come to make a real difference.

I became a Mobile School volunteer. And after a brief period with Zuiddag, now Youca, my career took a StreetwiZe turn in May 2016. That was quite a challenge. Never before I had stood so often in front of so many people. After many safe years within a very stable company it was also a challenge to deal with the risks of life as a self-employed worker. At the same time my work for StreetwiZe offered me the feeling that I had been looking for: real impact. And just like with Mobile School, StreetwiZe felt like home from the very first minute. They know your name. They know who you are. Just have a look at the tags beneath!

These elements have given me the fundamentals to persevere and to learn from difficult moments. That’s exactly the reason why ‘Agility & Resilience’, perhaps even more than the more straightforward ‘Proactive Creativity’, has become my favourite street skill. It’s also a little tribute to the strong woman my mother was …

What else do you need to know about the man behind the partner?

Above all that he’s a father of the 2 most beautiful daughters of this country and its surroundings (thanks also to you, Muriel)! That, since old love never dies, he is still active with RimRam as a (self-employed) copywriter. That he adores running. And Vespa’s (in reverse order, to be honest). Oh, and he loves singing! That’s a late vocation. Sometimes he can be very elaborate; point proven by this ‘Meet the Partner’. But let us let it be! Because he cherishes the fantastic cartoon by the evenly fantastic Peter Van Straaten of a grim manager giving a huge lesson of life to the suits and deux-pièces sitting at a meeting table: ‘Ideas, that’s what I want! Not opinions.’ Amen to that Tags – spontaneous associations by colleagues: